Living within your means in the lap of luxury Part II

There’s more to living in luxury than throwing your money around. Most economics professionals will tell you that the rich don’t spend their money, they invest it.  They may not always buy the most expensive thing on the shelf, but they do buy the most high-quality thing on the shelf, and if that’s the most expensive thing, than so be it. The goal is to not have to replace it. This goes for clothes, houses, cars, kitchen appliances, and furniture. Where most Americans look at a price tag and say that the cheapest is the best because it allows us to buy other stuff, (thanks a lot, Wal-Mart!) the rich look at a price tag and say that it’s the most expensive because it’s the best built and it won’t need to be replaced. Ever. In this second part of the living in the lap of luxury for peanuts article, we’ll look at the really expensive stuff. The showy stuff. The stuff that will have your neighbors wondering if you’ve got a little something-something going out of your garage in the evenings. Think all this stuff is impossible? That’s just a matter of prospective. 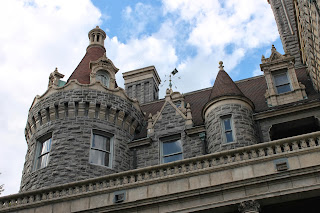 Need to Increase your Dodge Ram Fuel Economy? Link here to check out these Tips!

The Cars - Just because Justin Bieber likes to drive his Ferrari around town for the paparazzi to see doesn’t mean every well-heeled car enthusiast does. In fact, many of these hand-built supercars spend more time getting polished and dusted than actually driven. The people who buy them want to retain as much value in the car as possible, and so for the most part, really don’t drive them all that much. So, what do they do? Usually, they’re hauled (on a trailer no less) to a local sports-car track where they can drive them away from traffic, in controlled conditions, and yes, the way these cars were meant to be driven. They obviously can’t do this every day, though. With this in mind, you really can drive one of these massively expensive cars yourself from time to time through sports car experience businesses. Basically, you pay an upfront fee, which is usually between $1,000 - $5,000 depending on the depth of the experience, and you get to drive these cars around a closed track. Sure, you don’t have the satisfaction of driving one of these beauties home, but at the same time, you don’t have to pay maintenance, upkeep, or year-round insurance for them, either. 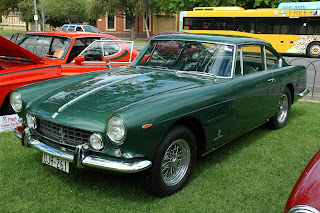 The Bling - Would you believe that most of the jewels worn by stars on the red carpet aren’t theirs to keep? They’re not their grandmother’s, passed down through the generations at all, but loaned out by high-end jewelers who want to showcase their design abilities and bring recognition to their brand. The stars don’t necessarily get to keep them, particularly when the pieces are priced well above the $1,000,000 mark. Ever notice what the stars wear when they’re slumming it at the local Starbucks in the paparazzi pics? Yep. Maybe a nice watch, maybe a nice necklace, and that’s about it. Again, the “less is more” trend rears it’s eternally classy head. Sometimes, what you’re seeing is really costume jewelry anyway. The same thing that you can pick up at Sears. The same goes for clothes, though. They don’t wear the newest super-designer duds out when they’re picking up the kids. It’s the same pair of jeans you can get at the mall, or if you’re willing to hold off for a minute to get them, your local secondhand store for a LOT less cash! Always dreamed of a closet filled with premium denim and designer tags? Buy what someone else wore for all of five minutes for about a tenth the price. Closeout stores are also great places to pick up designer threads for cheap, as well.

If you need extra cash, these off-the-wall ways can get you there now!

So, what is the perception of luxury to you? If you really put some thought into it, don’t you think some smart shopping might make the others around you wonder how you’re able to afford it? Yep. You bet. With a little planning and forethought, you might just be surprised how well you can live on what is surprisingly little income. You might even find yourself socking away some cash for a rainy day that you never knew you had before!